So today’s big news is that Coca Cola is set to buy Costa Coffee, the chain of coffee shops, for £3.9bn. Costa’s owner, Whitbread, bought the coffee chain in 1995 for £19m when it had only 39 outlets. Now there are more than 2,400 Costas in the UK and 1,400 overseas, including the 8,000 Costa Express vending machines worldwide, that’s a lot of coffee!

And remaining on the theme of markets, much noise has been made this week on the 9-year anniversary of a bull market of the US S&P 500 index. Technically speaking, a bull market happens when stock prices rise by 20% and generally take place when the economy is strong and strengthening.

It is widely considered that the bull market began on March 2009, immediately post-global financial crisis – since then the S&P 500 has more than quadrupled. However, many market participants are debating “when” and not “if” the current run will end.

Bull markets do not die of old age. They run out of steam because of fundamental slowing in growth, excessive valuations and increased financial leverage. Yes, there are areas of the market that are overpriced on a historical valuation perspective, but there are many, many more that are not.

However, the one single reason why commentators are stating that the bull market is currently 9 years old is that in 2011 the index fell only 19.38% and not 20%.

Firstly, 20% is a completely arbitrary number and there is no reason why a 19.999% fall in the market is considered a bull market, whereas a 20% fall is considered a bear market. Secondly, bear markets are an extended period of stock index declines, where over time the majority of stocks in the index fall – it is a market of stocks and not just a stock market.

In 2011, almost 70% of the S&P 500 fell 20% from their top; to suggest that these periods were bull markets is not only incorrect, but irresponsible. Yet why would this be the current media narrative?

Bad news sells. The inference here is that because the market has apparently run so hard for so long, it must be about to end. It’s inevitable isn’t it? Again, bull markets do not die of old age. German consumer confidence is up. US consumer confidence is up. Although European economies had a sluggish Q1 (we all have a sluggish Q1 to be fair, it’s cold), there are currently no real signs of negative growth fundamentals.

The US continues to expand at a faster rate than predicted and despite the media’s attempt to paint Brexit as the precursor to Armageddon, the UK is doing perfectly fine, thank you very much. In fact to illustrate this, the FTSE 100 has rallied nearly 10% since its lows in March. You don’t hear about the billions “wiped on” the market though, do you? 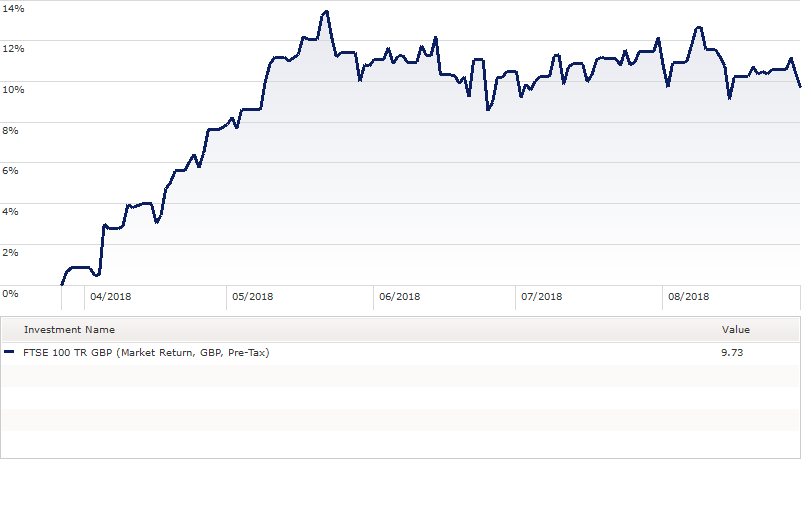 It has been undoubtedly a fantastic time for investors after one of the most severe market crashes. But that is investing. That is the benefit of remaining invested and ignoring the noise. Those that heed this advice will demonstrably grow their personal wealth and meet their financial goals. Those that don’t, won’t. Simple.

Anyway, the sun is out and it looks like it will be a lovely weekend. Also, today is the last day of summer if you didn’t know. From a meteorological perspective that is. So take advantage of those golden rays and I shall see you all next week.