Our resident Blogger, Andrew Alexander, is on holiday and I have been left with the keys to not only the weekly blog but also to the Spotify Playlist… Let’s hope nobody notices the difference!

Over the last week, we have seen the first Welshman, Geraint Thomas, win the Tour de France having previously finishing 140th of 141 finishers in the 2007 event as the youngest rider and the Bank of England (BOE) Interest Rate increase by a whopping 50%.

Geraint’s sheer determination and unbreakable spirit since 2007 has seen him win three world championships and two Olympic golds on the track. What has impressed me about Geraint (and to be fair many of his predecessors) is his down to earth nature, citing his desire for tea, toast and breakfast TV after winning the 2,200 mile long race.

Any cyclists out there will know how gruelling the course is but for the uninitiated and those that are interested, here is the profile of the first seven stages:

The above looks fairly aggressive in terms of hills and climbs until you see stages 10 through 15 which dwarf the earlier stages of the tour:

Having previously completed the London to Brighton and Great North Bike Rides, I am certainly in awe of his achievement. Well done Geraint!

The other big news this week is, we have seen the first rise in Bank of England interest rates since November 2017 (following the post Referendum reduction) and the first real interest rate rise since March 2009.

There are a number of factors which have created the ‘perfect storm’ for a rate rise. 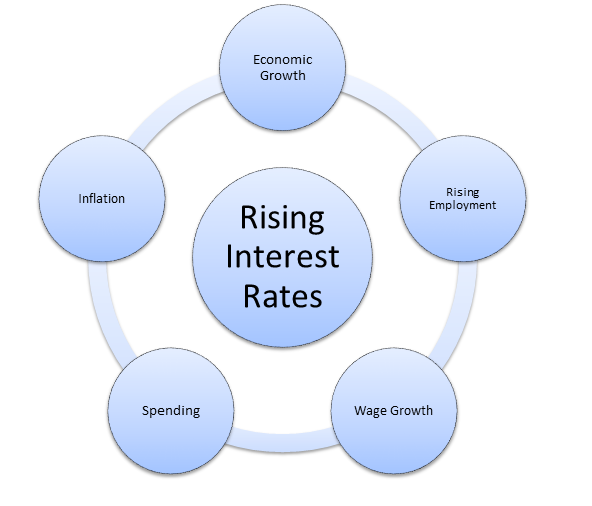 Generally speaking, the value of a company, i.e. its share price, increases if there is a rise in profits which often comes from more people buying more of its products. This increased demand leads to needing more employees. In the short term, there is typically spare capacity in the (un)employment market to meet this demand, therefore there is limited impact on wage growth and spending.

However, following a long period of growth, there is less capacity in the employment market which has led to wage growth as employers need to tempt individuals from one employer to another rather than from the readily-transient workers and the unemployment pool.

Although wage growth has been behind inflation for a number of months, economists are seeing an upturn in spending, either as a result of increasing wages, reducing savings or increased debt and their fear is if this is left unchecked, this could lead to inflation rising well above the BOE target levels.

From the Monetary Policy Committee (MPC) point of view, the rise in the BOE interest rates will hopefully reduce spending by encouraging savers to save in the hope of higher returns from their savings or by dissuading mortgage holders and debtors from spending by imposing higher costs to their existing debts. Either way, it is a win:win for inflation as spending should reduce and lead to more stabilised inflation.

I anticipate savings rates will broadly stay the same as there is very little margin in the rate rise for the banks. We may well see 0.1% – 0.2% in the headline rates which would mean a saver with £100,000 on deposit may earn an additional £100-200 per annum in interest rates.

In terms of mortgages, due to the vast number of mortgages on tracker or variable rates, I would expect the full rate rise to apply (approximately £30 per month for a £150,000 interest only mortgage), future fixed rates deals will tighten (i.e. rates will increase by a greater margin over BOE rate than currently) and demand will rise for this type of loan due to the fear of future rises.

Now, I know what you are thinking, which direction is the famed Three Counties Spotify Playlist going this week. Is it all bicycle race? Is it all higher and higher? Or does our guest blogger and DJ, Jonathan Bray, have another plan in mind…

…as I am off on holiday next week as well, so for your delight and delectation we have: