Happy Friday!  Give yourself a solid pat on the back for getting to today in such fine fettle.  Scratch that, give yourself a reward by popping the kettle on and easing yourself into the weekend with this week’s News, Views and Truths.

As discussed in last week’s blog, current political shenanigans are causing the foreign exchange market to have a field day with sterling; up one day, down the next, all on the back of leaked comments from ‘sources’.  These rather extreme levels of flip-flopping write media headlines, but only show one side of the story.

This week, the FTSE 100 has had a great week, up 1.98% at the time of writing.  Again, no news on that front from the usual media outlets I would bet.

And despite all of the usual negativity, dovetailing wonderfully with last week’s blog, I have been furnished with some rather interesting charts on the UK markets by the global asset manager, Colombia Threadneedle.

You see, like myself, they see the significant potential within the UK equity market and have produced a number of charts to illustrate this; I love a good chart! 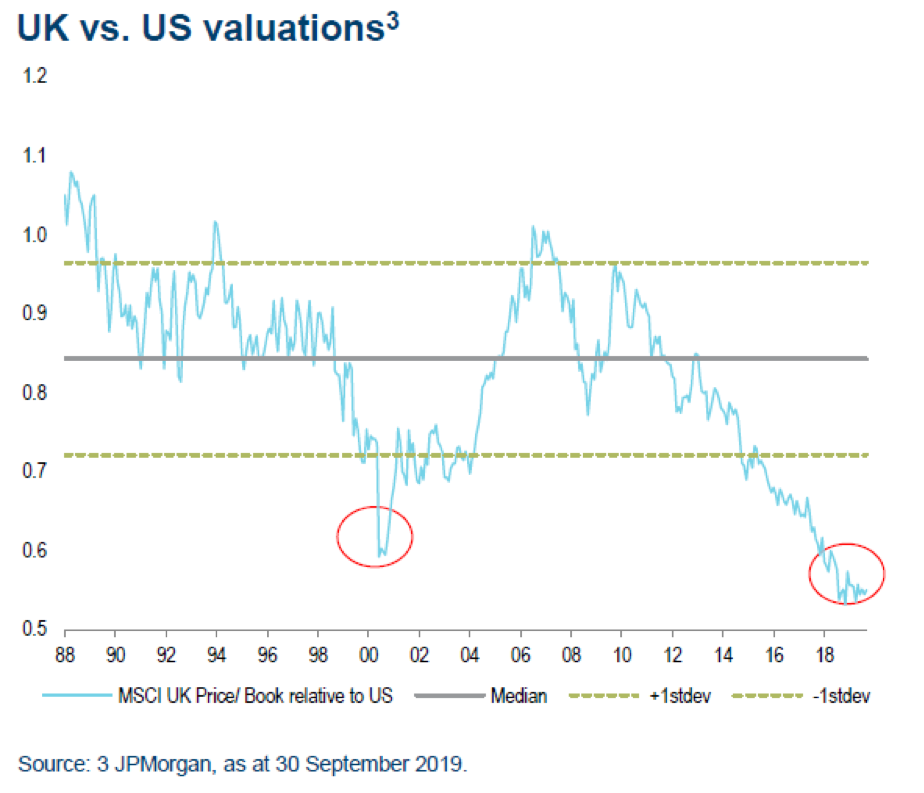 The chart above shows the relative valuation of the UK and US markets.  The thick line is the median, or average value, highlighting the fact that in the majority of times, the UK market is cheaper than the US market – even value is at 1.0.

Currently, we are at extremes; the last time the UK was this cheap compared to the US market was nearly 20 years ago.  And it’s not just on valuations or, for that matter, exclusive to the US… 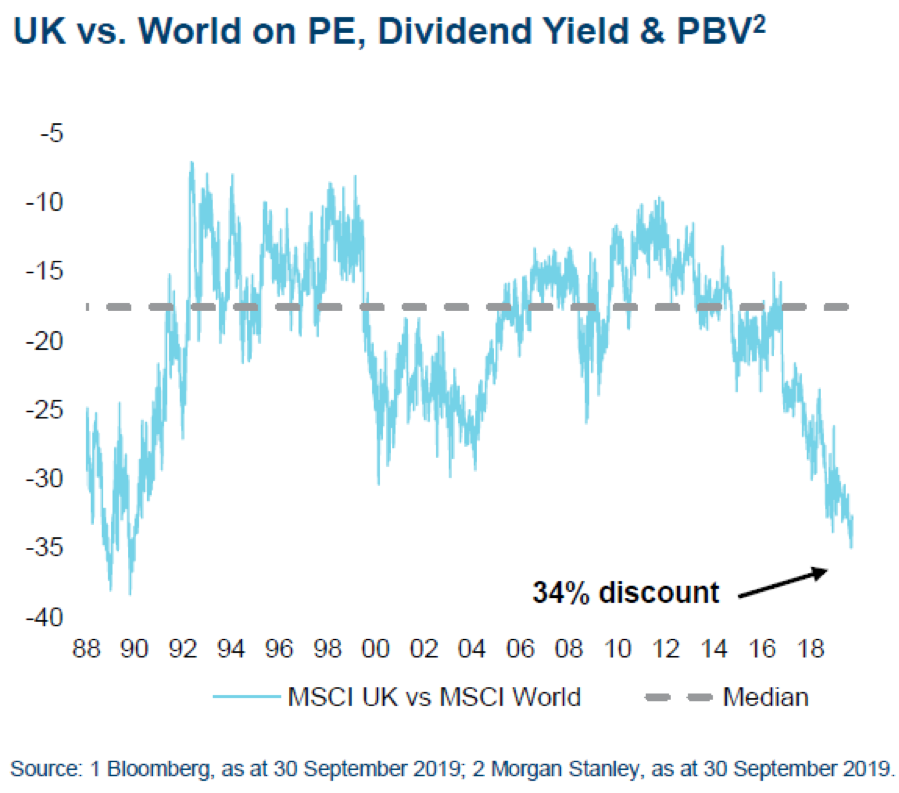 Against the rest of the world, the UK is currently trading at a 34% discount in terms of both valuation and the dividend yield offered by the stocks themselves; this is nearing a 30-year low.

And you could simply trade out of the US and into the UK on a broad index level.  But that would reduce diversification considerably and be frankly, silly.  However, there are significant opportunities to trade out of one company, into another in the same sector, to capture this “value arbitrage”, some of which are detailed in the chart below. 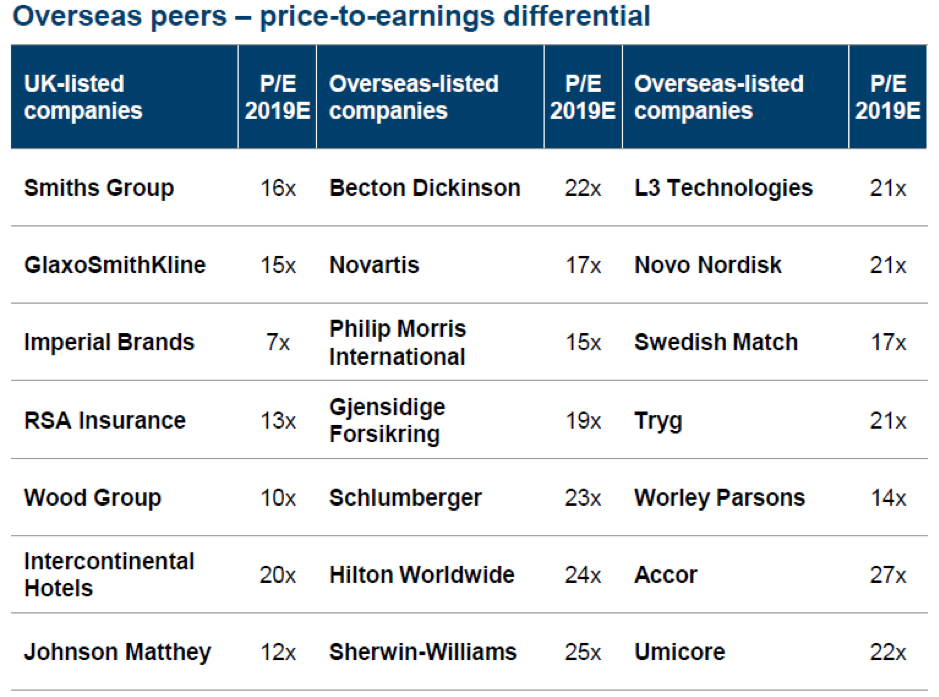 Although UK listed, all of these firms derive the majority of their earning from overseas and trade at a significant discount relative to their foreign competitors.   So, once again, let’s keep positive about the UK.

And let’s keep positive about the rugby semi-final tomorrow morning.  Come on England!

Finally, our playlist.  Have a great weekend and I shall see you all next week!