Last night, the House of Commons rejected Theresa May’s Brexit withdrawal deal by a record margin.  MPs voted by 432 to 202 against the proposal, resulting immediately after by the tabling of a vote of no confidence in the Conservative government by Jeremy Corbyn; this will be voted upon this evening. We expect this will be defeated without too much of an ado.

Frankly, all of this was expected.  But where does it leave us?  There is much commentary from a whole swathe of commentators, ultimately clouded, I would suggest, by their own personal preference.  Immediately after the votes were counted and announced, my inbox was full of emails, stating what the outcome will now be, how this would affect the market and what investors should now do.

What I would suggest we all do is to stay focused upon the facts as we know them to be, at this point.  Naturally I caveat all of this with the fact that our current situation is politically fluid, but the only facts are that the UK is to leave the EU on 29th March and if there is not an agreed withdrawal plan, we leave without one.

This was understood by the House and voted for by 498 MPs when Article 50 was triggered in 2017.  This cannot be dismissed in the same way that the referendum result has been; both the Conservative and Labour party imposed a three-line whip to ensure that the vote was backed.

HARD Brexit or NO Brexit

It would appear that either a hard-Brexit or a no-Brexit is now more likely than a middle ground, emphatically voted down last night.  As a no-Brexit would effectively be a vote for the status quo, little would change.  Sterling would rally, UK equities would also bounce, although to the degree is broadly unknown as recent sell offs have had little to do with the EU negotiations and much more to do with rising US interest rates.

A hard-Brexit, however, would have a negative effect, albeit in the short term.  The UK Government have quoted a worst-case scenario of a 9.3% fall in GDP over the next 15 years, whereas the original “Chequers deal” would result in a fall of 3.9% over the same 15-year time frame.

However, a potential no-deal result would also affect EU growth, with the latest projections by global asset manager, Franklin Templeton, showing an annualised drop from between 0.2% and 0.3%.  In aggregate, that may not seem much, but when the EU is only growing at 1.5% to 2%, that represents a more sizeable chunk; please note that current revised UK GDP growth is 1.8%.  Since joining the EU in 1973, the UK has grown more than any other EU member developed market over that period.

Or is agreement still possible?

But no one should ever rule out the fact that an agreed exit plan remains as important to the EU as it is for the UK.

Of massive importance to UK citizens is the need for our politicians of all parties to face up to the damage their behaviour has caused. It is incumbent upon MPs to set about restoring their reputations and the credibility of parliament with the electorate by delivering the referendum result.   They must set aside their petty posturing and must wake up to the fact that we are all tired of their behaviour.

So maybe with a little extra assistance from the EU and a cross party consensus becoming a reality we can still see a deal being agreed, hopefully within the existing timescale. It may not be too late for sanity to prevail and the fear of a No Brexit/Hard Brexit being avoided.  Politicians over the world have a long history of taking important decisions up to the deadline before agreement is reached. 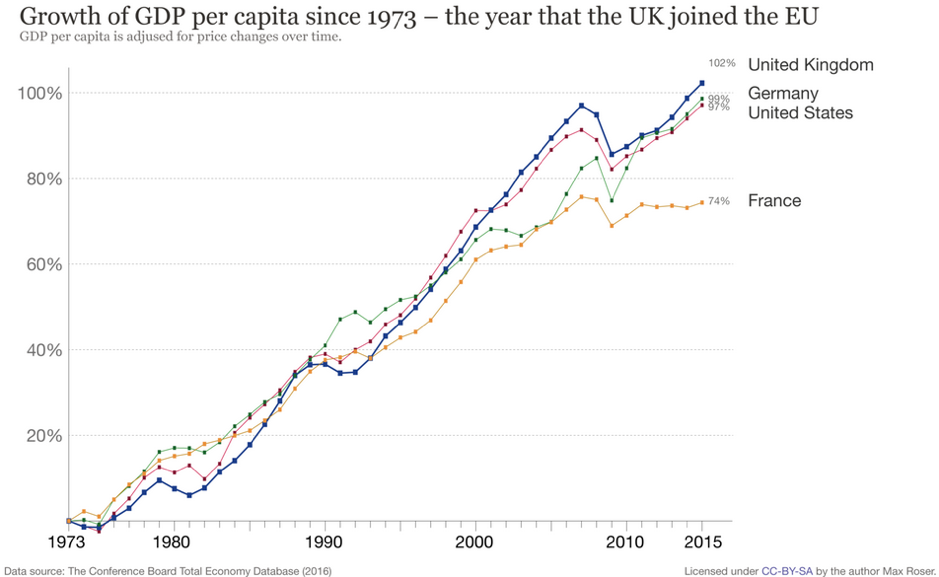 Would the UK have grown at such a rate outside of the EU? Who knows?  However, as I have written countless times, markets abhor uncertainty.  Be under no doubt that a hard Brexit would create heightened levels of volatility across most asset classes for the subsequent three to six months.  However, things could only get better.

A weaker sterling would become even more attractive.  Currently UK equities are significantly under allocated to, both globally and domestically.  Combined with both their historically low price and historically high yield, we continue to be very positive about UK Plc and its constituents.

And as investors, we all must keep focused on the global stage and try to ignore short term domestic noise from commentators.  Diversification across asset classes remains key, along with a continued long-term focus upon investing.  Fixed income securities, the natural equity risk diversifier, offer a greater volatility cushion due to rising rates over the past 12 months.  Global assets out with the UK and Eurozone should continue as normal and provide a Brexit-free haven, although certainly not a volatility-free one.

The volatility of 2018 has somewhat abated.  However, the effects of a Brexit resolution have not begun to be felt yet.  As Warren Buffet said, “Be greedy when others are fearful”; UK equities are being shunned by investors like never before and that is to their disadvantage.  Three Counties continue to apply the same stringent investment process that has served our clients well over the past 30 years and will continue to do so for years to come.

As ever, if you wish to discuss any of your existing investments, don’t hesitate to get in touch. We are always available for discussions and reassurance.