Congratulations!  You have made it through another week, filled with sunshine and huge amounts of investment market news. What?  You don’t know about the big story?  You haven’t heard what all of FinTwit (‘Financial Twitter’) is tweeting about?  Well, fear no more as I am here to deliver your weekly dose of News, Views and Truths.

A week is a long time in any news flow this week.  One week you are the host of a successful reality TV show, next you are in front of a room of MPs, explaining why your programme kills folk.  You get my drift.

Last week, it was the China-US trade war.  The markets were in full sell-off mode; chartists were explaining how this was either:

Literally nothing in-between.  The echo chamber was going full tilt and if you let it, you’d struggle to sleep if you had any market exposure.  This was the start of… something.

They were right. So, so right.

But not in the way they expected. 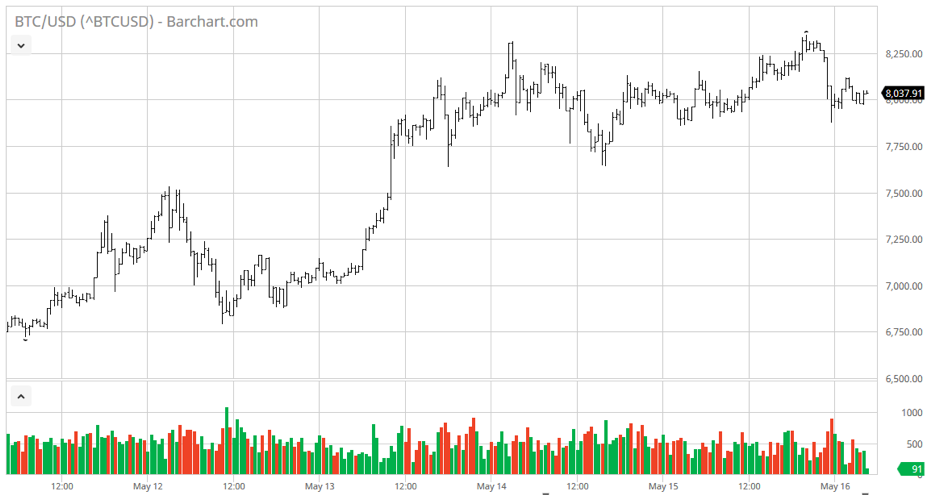 One hundred and twenty percent.

And this has absolutely been due to the trade war.  But again, not in the way consensus predicted.   Chinese investors are trying to exchange the yuan for other assets, like dollars and bitcoin, because they think the yuan will continue to drop. As President Trump has raised tariffs over the past two weeks, the yuan has fallen 2% versus the dollar. Some fear President Xi Jinping will devalue the currency significantly to keep Chinese goods price-competitive for US buyers despite tariffs.

In the one-party state, big brother demands compliance.  The Chinese government has continuously tried to prevent people from selling their yuan; “They’ve been very stringent on moving money out of the country,” says Gary Shilling, former chief economist at Merrill Lynch and president of A. Gary Shilling, an economic consulting and asset management firm. “Consequently, people look for any way they can take their money out, I wouldn’t be a bit surprised that bitcoin is a beneficiary of that.”

And to take that a step further, the government has banned online cryptocurrency exchanges in order to stop the flow out of the yuan.  As a result, most trading that originates from China happens via messaging apps; it is estimated that up to 20% of global crypto trading volume originates in China, which emphasises the desire to flee from the Chinese currency.

Now, you may be thinking that bitcoin looks attractive.  Let me destroy that dream for you. 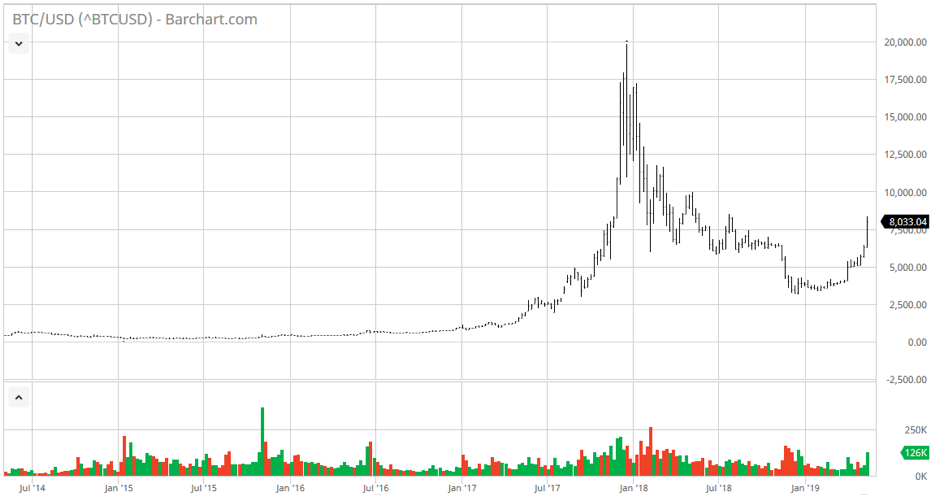 That is what you call a peak-to-trough drawdown.  That is volatility.

That is not a currency; I’d struggle to even formulate an argument to suggest it is a commodity.

It’s speculation in its purest, distilled form.  And I will stay far away from it.

The traditional equity markets have had a topsy-turvy week, ending pretty flat with a fair whack of intra-day movement.  The S&P 500 is currently up 0.4%, although the FTSE 100 has done markedly better with a positive 1.9% at the time of writing.  Asia returned similar numbers with the Japanese Nikkei 225 delivering 1.5%.

And to deliver a final sprinkle of positivity, UK unemployment hit its lowest level since 1974, dropping to 3.8%.  Nearly 100,000 more jobs were added in the first quarter of 2019.

Fundamentals remain very strong and continue to defy wider economic uncertainty.  If economists’ projections in 2016 had become realised, we would be investing against a very different, very negative backdrop.  Yet we aren’t.  Well, I never.

So, to conclude, another Three Counties staff curated playlist for your listening pleasure.  No one guessed the theme last week, so give it another try.  Have a great weekend and I shall see you all next week!