Good afternoon to you; it is good to be back after last week’s sojourn, ably handled by Mr Martin Howe.  I can, however, guarantee a cow-free zone this week, much to Martin’s chagrin – I don’t think he has a bovine obsession, although I can confirm he loves a pun.  I think you may have guessed that one.

So here we are, Friday amongst us, and ready to review the week.  And as I review the week, it just seems to be full of negatives; the collapse of the North Korean Summit, the Indian/Pakistan conflict or the Cohen testimony.  So, I have decided to ignore all of this and instead show a video of a rat getting rescued from a manhole cover by German firemen.

Due to her “winter flab”, the rat was stuck fast and a fairly large rescue operation ensued in the German town of Bensheim.  Volunteer firefighters reacted to a call on Sunday afternoon, the local fire department said, and noted, the “animal rescue, small animal” code.  The rat was released back into the drain and unsurprisingly has never been seen since.  When questioned as to why the effort was put into the rescue, “even animals that are hated by many deserve respect” was the response. 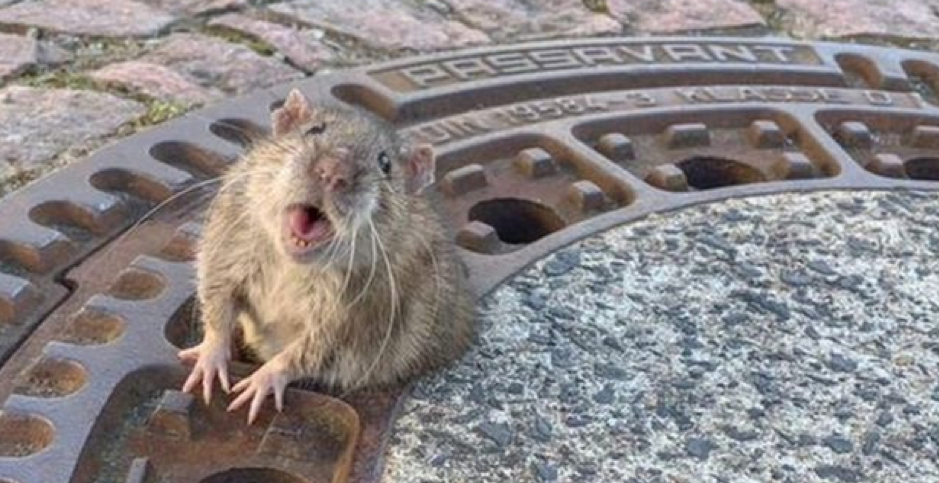 I have had the privilege of sitting down and talking to quite a large number of Three Counties clients recently; it’s always nice to get out from behind my desk to understand what is truly on our clients’ minds.  Naturally, Brexit is always a topic, understandably so.  But moreover, the question always centres on a broader macro-view of markets globally and when the post-credit-crunch positivity is going to end.

It is undoubted that investors have generated very good returns over the past ten years; it’s also of no doubt that the global fall in markets during 2018 has brought a dose of much needed reality back to the table, driving client conversations.  So, my take…

Markets rise and markets fall; like the sun and the tides of the sea, this is inevitable.  However, one must disassociate oneself from the emotion of investing and look at the fundamentals.

For one, many economies (the US and the UK in particular) are benefiting from superb employment rates on top of sustainable inflation creating a fantastic economic scenario.

Furthermore, global central banks are eminently aware of their role in this positive feedback loop and it is notable that their policy is becoming more and more accommodative since Q4 2018.  In the words of CNBC’s Jim Cramer, commenting on Jerome Powell, Chairman of the US Federal Reserve:

“After making a rookie mistake in the fourth quarter, he course-corrected and now you’ll have to wonder if he’ll be in the Goldilocks all-star game where the economy is not too hot, not too cold—just right; that guy lets me sleep like a baby.”

And of course, Brexit will continue to offer only uncertainty until resolution, but that has not stopped the entrepreneurial nature of the UK.  The FT has just announced the 2019 list of Europe’s fastest growing companies, with 6 of the top 10 being from the UK; numbers 1 and 2 being the UK’s Blue Motor Finance and Deliveroo respectively.

And that will not end overnight on the back of a parliamentary vote.

So, the positivity edition.  Hope you all feel as positive as I do, because you should.  It’s a great time to be an investor.

And to end, our usual playlist with a positivity focus, created by Martin as a reward for his superb literary efforts in last week’s blog.  Have a great weekend and I shall see you all next week!  Chin chin.