Happy Friday everyone!  It’s been a super busy week with lots to talk about, so let’s all jump into this week’s News, Views and Truths.

First off, the weather.  Now I appreciate that it’s a tad chilly here and to be fair I think Sunderland Council didn’t get the forecast as no gritters managed to disperse their goods in Houghton this morning.  However, spare a thought for the good old U S of A.

You have no doubt seen the news about the polar vortex; a wobbly vortex to be precise, pushing the polar air further south than usual, resulting in temperatures touching -50°C.

Naturally, this has a significant effect on the population, with transport, in particular, becoming affected.  In this country, we struggle with leaves on the line.  In Chicago, they take matters into their own hands… 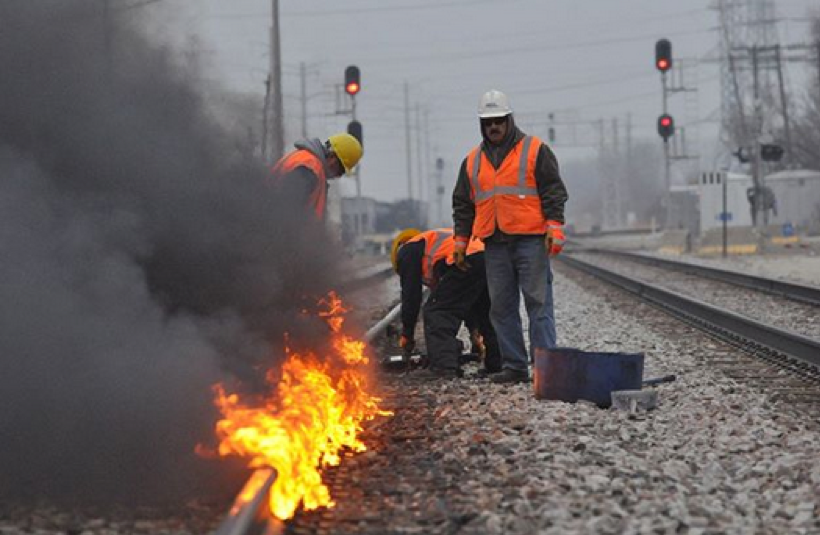 Chicago’s railway authority, Metra, has ordered that stretches of track be set on fire to stop the extreme cold shrinking the metal, which could lead to the tracks pulling apart from each other.  The main focus is on the switches that allow the trains to change tracks; snow and ice can clog these which brings the rolling stock to a halt until it’s cleared and at current temperatures, that isn’t easy. 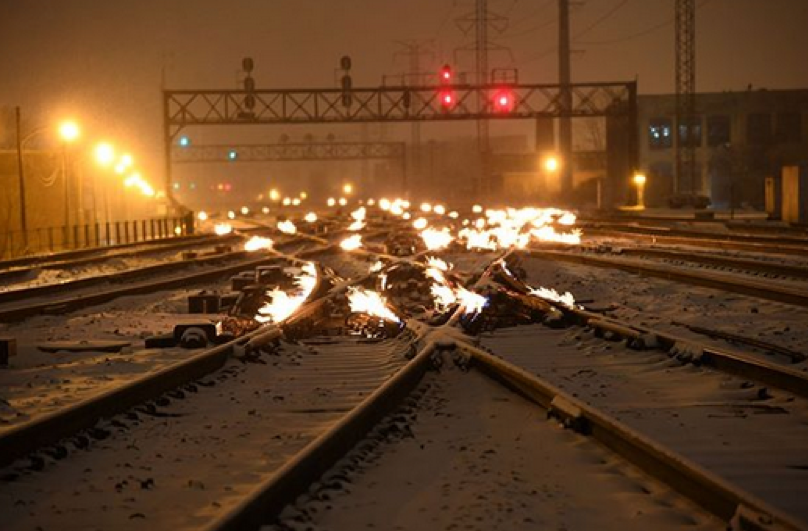 Another topic that many are hoping to keep on track is Brexit (see what I did there?).  I do not propose to re-hash this week’s occurrences.  However, what we do know is that despite Theresa May as is having received the mandate from Parliament to re-open the withdrawal agreement in order to seek legal clarity on the timescale of the proposed Backstop between the Republic of Ireland and Northern Ireland, it does not look like the EU wants to play ball. Unsurprisingly.

Within minutes of the vote being announced from within the House of Commons, the EU made it known that there would be no room for debate; the deal was the deal.  A concerted social media exercise came into effect, headed by EU President Donald Tusk taking to Twitter, ruling out any further developments. Highly predictable.

And as the main protagonists fell into lock-step behind one another, the highly efficient German Foreign Office released their tweet. 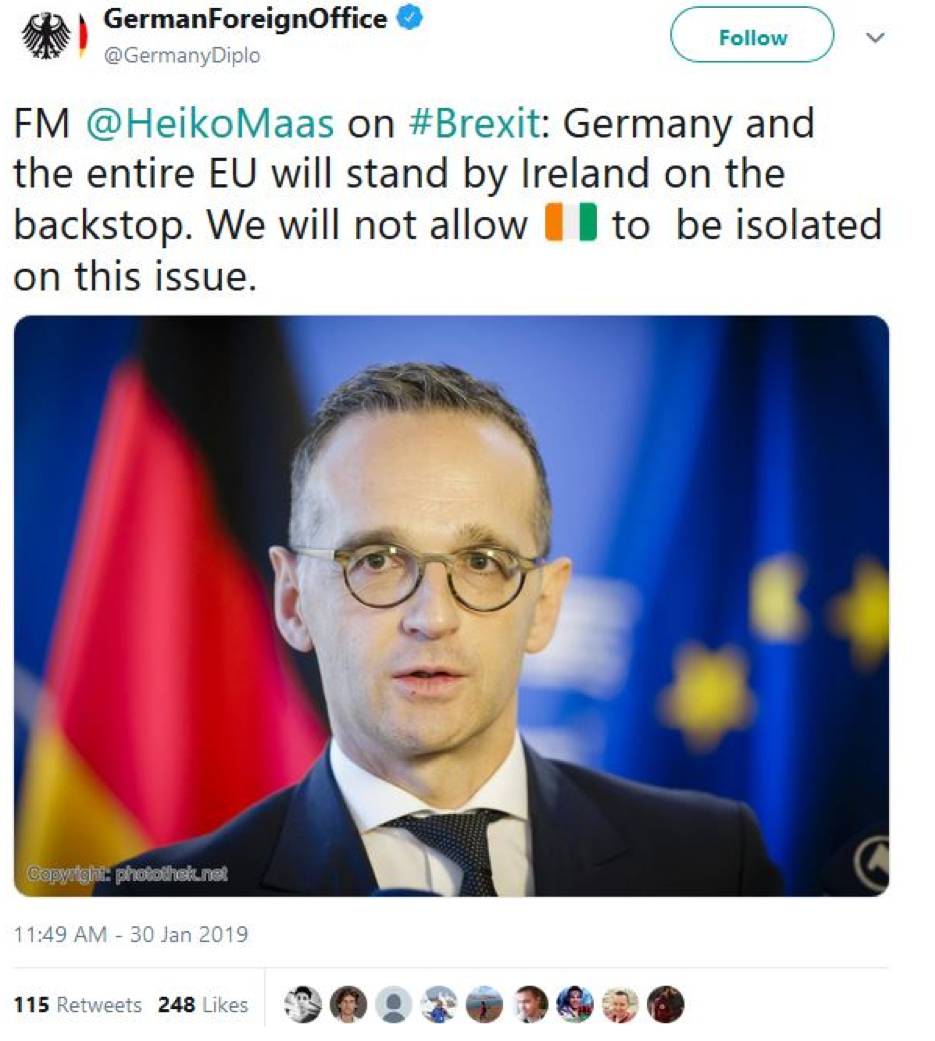 Problem being, that’s the flag of the Ivory Coast. And last time I looked, we don’t have a border with the Ivory Coast, or anywhere else in Africa for that matter.  I, for one, agree with Germany that we should not allow the Ivory Coast to be isolated after Brexit.

And to give further impetus to this positive start, the US Federal Reserve has announced a sharp U-turn on their path of interest rate rises, blamed by many (including ourselves HERE) for the volatility in 2018.

They announced that they would be patient in assessing the outlook for monetary policy and that they were open to changing the speed at which the central bank’s multi-trillion-dollar holdings of US government bonds were unwound.   This shift in rhetoric was enough to convince investors that the Fed, which in December was projecting two further rate rises this year and has worked carefully to unwind the quantitative easing policies that injected trillions of dollars into the US economy after the financial crisis, is prepared to extend a decade-long stance of easy money.

The Fed cited slower growth in major markets, including China, and heightened geopolitical uncertainty, including trade tensions and Brexit, for its dramatic shift, which came as a relief to those, including President Donald Trump, who had been griping that Mr Powell had been too bullish about the outlook.

So, despite the cold outside, the markets seem to be heating up nicely. And we continue to hold our positive outlook, as we forecasted.  A great end to a great month and a great week.  Triple down!

And to celebrate this, our usual playlist.  Enjoy the snow/slush/sleet as much as you can and I shall see you all next week.